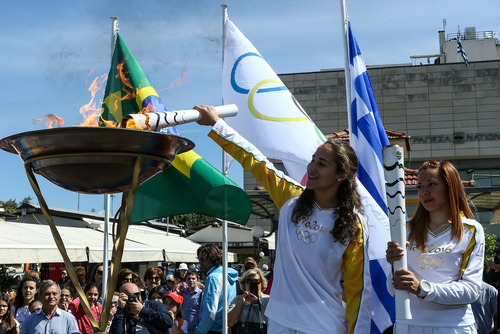 You are viewing post Outstanding performance from the Greek athletes in the Rio Olympic Games!

The Olympic Games are a symbol of unity, it is a grand festival of sports, that triggers competition, motivation and showcases the willpower of the strongest, mightiest athletes representing their countries. Hundreds of thousands of people wait to watch, attend or even participate in the biggest and most important sporting event that pays homage to ancient times. And every four years, various economic research teams prepare reports with the predictions of the medals to be obtained by each participating country in the upcoming Games. This year was no exception.

While some predictions, made by the analysts and strategists are not surprising, such as the leading countries in terms of gold medals to be won, being the USA and China, based on the results of the previous Olympics held in Greece, Beijing, and London, others showed to be a little unexpected. It was interesting to note that according to the forecast Greece, being the birthplace of the Olympic Games, was expected to win zero medals in Rio this summer.

The economists took into consideration multiple numeric factors and statistics, thus preparing comprehensive reports that many took interest in. As for the Greek athletic teams, despite the financial crisis, and the country’s economic performance up to date, the outstanding performance, resilience, and force, they demonstrated, won the country a total of 6 medals – 3 gold, 1 silver, and 2 bronze medals, in shooting, gymnastics, athletics, swimming, shooting and sailing, respectively.