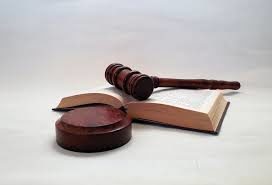 With a unanimous decision, the Council of State, finalized many tax issues, as well as tax audits and five-year claims.

The plenary session of the Council, chaired by Mr. Nikolaos Sakellariou, with the 1738/2017 decided, that the continuous extension of the limitation of tax claims contravenes with the Constitution.

Regarding the issue of unconstitutionality of the limitation after the decision of the Second Division, 675/2017, of the same Court, which referred the matter to the Plenary Session of the Supreme Court for the final decision to be taken.

The plenary decision was based on the principle of proportionality (Article 25), where the limitation must have a reasonable vacancy within which it will take place, as controlling such issues is now easier due to modern electronic methods used and in some cases, taxpayers are not involved in the process. Therefore, the long limitation period which is beyond the scope of the previous provisions is deemed as unjustified.

In addition, the Plenary has ruled that extending the time limit is contrary not only to the principle of proportionality but also to the security of the rule of law, and that it is possible to change it by providing for prolongation only under the conditions as foreseen by paragraph 2 of Article 78 of the Constitution.